Police are beginning to doubt the story of a 12-year-old pandesal vendor who was allegedly robbed of his P200 earnings in Caloocan City.

The voice of a bystander who questioned the boy said the thief pointed a knife and stole close to P200 from the young pandesal vendor after first buying bread from him.

The robber also stole the pandesal the victim was selling.

The boy did not want to go home for fear of facing his mother and telling her about his loss, the bystander said.

The boy claimed he was selling pandesal to augment his allowance.
His story captured the attention of officials, with the Caloocan City mayor promising to give him a bicycle.

Even the Department of Social Welfare and Development said the boy's family could get financial help from government.

Police, however, said the boy made up the story because he did not want to be beaten up by his mother again if he failed to bring money home.

They said it was also the third time that the boy had claimed being robbed.

A traffic enforcer who first talked to "Bryan" said the boy kept giving conflicting statements on where the alleged robber ran off.

Some residents said the boy might have been coached to claim robbery so he would not be beaten up by his mother.

They also expressed doubt with the mother's story that the boy would always escape to sell pandesal just because he wanted to earn. They said the boy has been selling pandesal for the past four years.

Police said an alleged suspect who was captured on CCTV on the day of the alleged robbery is innocent. They said it is unlikely that any robbery took place in the Deparo area because the location is always crowded.

Police are still studying if the mother of the boy should face charges for beating up her son and if the boy should consult a psychologist. Report from Dennis Datu, Radyo Patrol 42 [WATCH] - Child got stuck on an escalator 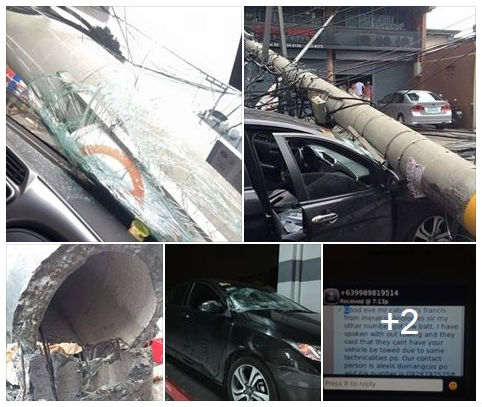