Gender testing is a highly controversial issue because of its psychological effect and complex process.

According to Gorayeb, "She's very powerful, it's like putting a male in the female division.".

So if you are curious on how she looks like, refer to the images below. 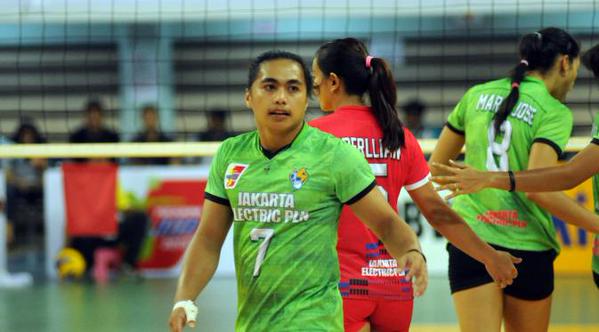 Look at her physique! It is no way close to a female! From the muscular arms, broad chest, and manly looking face.

A similar issue was raised before during the early 1990's wherein the seventeen-year-old Nancy Navalta was accused for being a male who joined a female division in track and field. She had a record for running a 100 meter dash at 11.44 seconds!

Having the said controvery, she was forced to undergo medical tests. Then came the Philippine Sports Comming ruling that Nancy is "genetically male".

Local officials added that Nancy was advised by the International Amateur Athletic Federation not to compete as a man or a woman, unless she undertook "corrective measures."

With that, Nancy never got to run in any competition again. Instead, she decided to have a quiet life in the province.

Do you think April have the same case as of Nancy? Or not the same, somewhat similar? In terms of issues like this, do you think a new rule should be implied for to all athletes with regards to gender issues? Share your thoughts. WATCH: Liza Soberano Made It To Number One on The List of 'T...