Master Rapper's daughter is now married. Congratulations Saab Magalona and Jim Bacarro. Take a look at some of the photos.

The ceremony was attended by the couple's family and close friends. The reception was held at Baguio Country Club. The wedding had a cute hashtag #JimSaabSaveTheWorld

The bride's sister and maid of honor, Maxene Magalona, posted pictures of the event on her Instagram account. Take a look of some of the photos also grabbed from the guets:

It was recalled that Jim and Saab got engaged in March 29 last year while they were in Japan with Saab's family. See the photos below:

Photo credits to the respective owners.

The Game of Trains, battle of the commuters 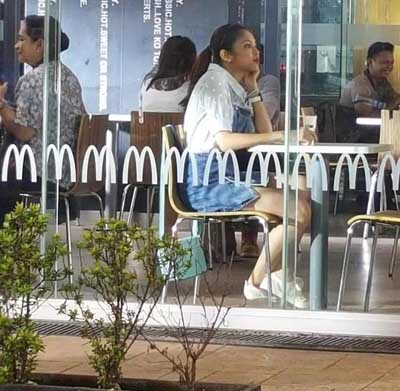