Heaven indeed gained three angels. Let us remember the Pangcoga brothers aka "Go brothers" who all succumbed liver cancer and met our Creator.

Manila, Philippines - Losing a loved one is painful especially if you are a parent. Imagine a mother's grief when she loss 3 of his kids in a span of 2 years. This is a story of three brothers who fought the same battle before meeting our Creator.

It all started when the eldest of the three siblings, Rowden, 29, was diagnosed with stage 4 liver cancer last 2014 of May. The doctors gave him only three weeks to live. Despite his condition, Rowden married his then fiancé while on his deathbed. Merely 9 hours after they tied the knot, Rowden passed away.

Watch the heart-breaking exchange of vows that went viral online.

Here are some of the news features after Rowden's death.

In lieu, the family decided to get tested and unfortunately, the middle child, Hasset, also carried the same type of liver cancer at stage III and had liver cirrhosis. Hasset, who is one of the youngest chefs in the country, decided to undergo different types of approach and took various medications but he passed away October 2015 at the age of 29.

His battle against cancer was also featured in Magpakailanman

Here are some of the interviews with their mother, Lorelie and youngest sibling, Hisham.

The youngest of the siblings, Hisham, who used to work at a financial firm, was also diagnosed with the same liver cancer his brothers Rowden and Hasset suffered from.

Like Hasset, he underwent various medications and treatment but like his two elder brothers, he suffered the same fate and passed away last November 14, 2017 at 27 years old.

The brothers were all aid to rest on their homeland in Oroquieta, Misamis Occidental. 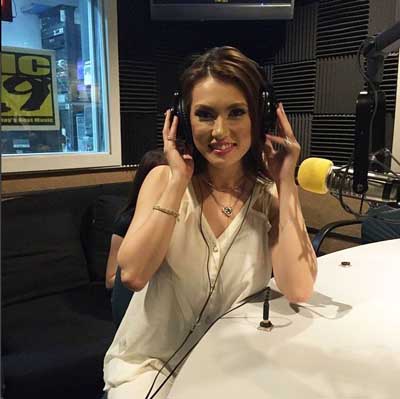 PART 1: Marvel and DC character counterparts, who's your fav...