You can’t be a true-blooded Filipino unless you’ve met the charming, happy-go-lucky Jollibee. The guy is so iconic that he has given Ronald McDonald a run for his money.

But Jollibee is more than an endearing child-friendly mascot. For years, the fast food chain named after him has been the country’s pride and a symbol of every Filipino’s strong family ties.

Through the years, Jollibee still has the stuff that great success stories are made of: delicious meals, family-friendly atmosphere, great customer service, and innovative marketing strategies. And these are just the tip of the iceberg. From its humble beginnings in 1975, Jollibee now operates 750 stores nationwide and 87 branches around the globe including United States, Hong Kong, and Saudi Arabia.

Jollibee may be the nation’s favorite fast food chain but  the humble bee we’ve always known is more than meets the eye. From urban legends to stories of struggle, Jollibee has its own fair share of life’s surprises. Join me as we list down ten of the most interesting facts about the Philippines’ beloved bee.

Jollibee’s CEO Tony Tan Caktiong was born and raised in a poor family from southeastern China. They migrated in the Philippines to look for better opportunities. And it was in a family-run restaurant business here where Tony learned how to develop a entrepreneurial mindset.

In 1975, 22-year old Tony used family savings to open two Magnolia ice cream parlors in Cubao, Quezon City. The franchise was a hit, thanks to excellent customer service and bigger scoops of mouth-watering ice cream. To  reach a larger market, Tony’s team hired management consultant Manuel Lumba who later found out that the public was craving for hot snacks such as hamburgers. Despite threats from international brands such as McDonald, Tony officially transformed his store into a burger chain by 1978. The rest, as they say, is history.

During an interview with Rappler, Tony shared some of his secrets to success:

“If you dream big and put your dreams into action, you will indefinitely make mistakes.But don’t be scared to make mistakes. Just be quick to recognize them and learn from them as fast as you can. Learn from each mistake and it will not be a waste of time.”[Image source: http://prinsipepoldo.wordpress.com]

If you’re going to ask ten Filipinos to spell ‘Jollibee’, expect that half of them are going to commit mistakes. You can blame it on the ‘Ls’ in ‘Jollibee’ or the fact that people can’t recall that the fast food chain was inspired by a ‘jolly bee’, hence the name. This spelling confusion probably started when the pioneers first named the store ‘Jolibe’ in the 70’s. Soon after, it was changed into ‘Jolibee’ (as seen on the 1977 pocket calendar above) and eventually ‘Jollibee’ after a deliberate branding strategy. [Image source: http://filipinolibrarian.blogspot.com]

8. Jollibee and the ‘Filipino spirit’

In an article published in The Economist, Tony Tan mentioned that the adorable bee mascot we’ve always loved represents Filipino spirit: hard-working,  optimistic, and most of all, ‘jolly’. Bees, by nature, are hard-working insects who always strive to get honey or the sweetest things that life could offer. And just like a typical working Filipino, bees are “happy even though they’re busy”. [Image source: kopinoy.wordpress.com]

Unlike its counterparts, Jollibee has Disney-inspired mascots that match every food it serves. Apart from the happy bee we’ve all grown to love, there’s also Mr. Yum to represent our all-time favorite burgers, Popo for french fries, Hetty for spaghetti, and the stylish Twirlie for sundaes and other Jollibee desserts. These are the same faces that kids love to watch in Jollitown, a children’s program launched by the company in 2008.

Seeing five mascots seems pretty cool. But back in the day, there were actually nine of them. Unfortunately, some of these mascots had to say goodbye to give space for Jollibee’s product expansion. In case you don’t remember, the discontinued mascots are Chickee, the white hen representing Chickenjoy; Lady Moo and Mico for milkshakes; and the boxer Champ for the Champ Premium hamburger. These lovely characters were introduced in 1987, 1993, 1985, and 1984, respectively.

6. The legend of “earthworm” hamburger

Rumors about earthworms being used as hamburger fillers started way back in the 80’s. But health-conscious consumers just couldn’t resist entertaining this idea. In fact, a viral email in 2003 bluntly accused Jollibee of serving worm burgers, much to the dismay of burger lovers. According to the unverified source, Jollibee used earthworms to “save production costs” and make their premium burgers “more addictive”. The email also went to the extreme by describing Jollibee founder Tony Tan as an entomophagist or a person with an appetite for worms and insects.

But like unbelievable stories, this one soon turned out to be just another urban legend. Virtually all burger chains around the globe like McDonald also suffered from this libelous tactic. In reality, earthworms are not an ideal ingredients for burgers as it costs $30 per pound in the US–almost five times more expensive than ground beef! If the rumors are true, Jollibee might have been bankrupt a long time ago. [Image source: kainpinoy.com]

Every time a big superhero movie is about to show in theaters, kids love to flock in Jollibee to get the latest collectible toys. These are often movie tie-ins and portray the lead character doing every crazy moves imaginable. Such was the case with Spider-Man “ring-toss” toy, one of the free items you could get for every Chicken Joy bucket you purchased. People knew it was a marketing strategy to promote the 2012 installment of the webbed superhero movie. But everything went awkward when the final toy design was released.

Looking at Spidey’s position above the supposedly frozen web, it seems that critics had all the right reasons to raise their eyebrows. Movieline’s Brad Slager described the toy as having a “curious design” and one that commits “rectal violation of the web slinger”.  Another website added that the design was “shockingly inappropriate” for a kiddie toy. In all fairness, Jollibee might have overlooked the design and never thought it would give sexual innuendos. Perhaps they can look at this issue as another lesson learned. [Image source: http://movieline.com]

With millions of pesos spent for its trademark, Jollibee is seriously pushing the battle against imitations and counterfeiters. For the company, their strong brand represents the service, ambiance, and  experience they’ve brought to its consumers over the years. Unfortunately, some entrepreneurs are too obstinate to hear Jollibee’s call. From a shoe store to an overseas fast food chain with exactly the same name, cases of trademark infringements continue to give Jollibee a lot of headaches.

But nothing can be more fascinating than Baguio City’s very own McDollibee–a combination of the two well-loved fast food giants in the Philippines. So popular is this small barbecue stall that it was even featured by Kapuso Mo, Jessica Soho in one of its episodes. Located at the Baguio public market, McDollibee sells affordable meals and brings a smile to anyone who passes by, thanks to its catchy business name. [Image source: http://jbumz.tumblr.com]

Since its brief exposure on the popular TV musical Glee, Jollibee has brought his online presence to the next level. This time, with a real Jollibee mascot and a whole lot of crazy dance moves. Soon after, the “dancing Jollibee” became a viral You Tube hit and introduced a string of other videos with Jollibee mascots strutting their stuff in children’s parties. And to spice things up, Jollibee even went beyond its comfort zone and participated in an epic dance showdown with the likes of Hetty and KFC’s very own Chuckie (see video above).

Contrary to popular belief, Jollibee’s appearance on Glee was not the first international exposure for the beloved red bee. In 1993, the Pinoy-owned fast food chain made a special appearance on one of the pages of The Flash # 77. Made by popular artist Greg LaRoque (who was staying in the Philippines at that time), the story “Return of Barry Allen” shows Jollibee and its signature mascot behind the panic-stricken Americans. [Image source: Electromagnetic Tentacle FB page]

And to celebrate the 2012 movie The Avengers, Jollibee once again made its presence known in the comics world. Exclusively written for Jollibee, the 8-page comic book Avengers: Menace of the Mole Man #1 featured the villain Mole Man as he brought chaos in no less than Manila, Philippines. Written by comics legend Ralph Macchio, the story shows a Jollibee branch and its feisty store manager who later became an honorary Avenger. Of course, the adventure won’t be complete without Thor, Iron Man, Incredible Hulk and the rest of the gang. [Image source: http://orangemagazinetv.com/]

n a country that loves to patronize foreign brands, Jollibee proves to be an exception. From the time it was founded by Tony Tan in the late 70’s up to its recent international expansion, Jollibee remains an undisputed force in the local fast food industry. And the fact that The Economist named Jollibee as “a huge embarrassment to McDonald’s” in 2002 speaks highly of the local brand’s dominance.

But how did a happy-go-lucky bee manage to beat a superstar clown over the years?

For food consultant Gene Gonzales, there are two major reasons why Jollibee always rules: a recipe tailored for the local taste buds and a strategic marketing campaign that promotes Filipino values such as “respect for elders, patriotism and loyalty to the family”. Without any doubt, Jollibee is one of the best things that happened in the Philippines. And unless McDonalds start a serious overhaul, its happy clown will always remain in the shadows of our very own Jollibee.

WATCH: This man has an amazing relationship with lions 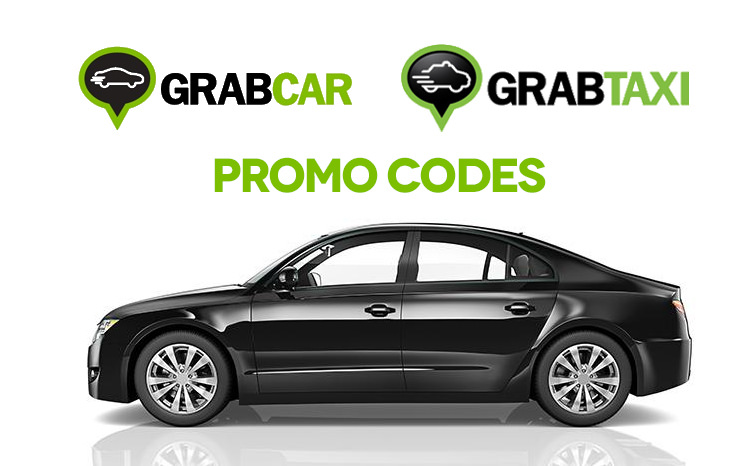 Apple, Facebook to pay for female employees to freeze their...