Lots of women have met guys that have less than savory predispositions on a date. Learn the signs that tell you if a guy you’re dating is a pervert.

He seems like a nice enough guy, right? For all intents and purposes, he’s quite normal looking, maybe even attractive. But when you really think about it, perverts don’t usually wear their creepiness on their sleeves.

A pervert is someone who engages in inappropriate and unacceptable sexual behavior whether it’s in public or in private. There are several types of perverts that exist in this day and age and we must all be aware of who they are.

Types of perverts and how to spot them on a date

If you have a knack for attracting unsavory men or if you’re the type who’s always the last to know if a guy is a total creep, keep your eyes open for these telling signs.

#1 The Flasher. He’s been on the news. He’s been mentioned by a friend who walks to work. He doesn’t care who sees him. The important thing is that someone does. He can show you anything he wants, but he would prefer it if you are shocked or disgusted. Some are even deluded enough to think that flashing you their private parts will turn you on.

On a date: The flasher will ask you to accompany him to a dark and secluded area where he will seduce you and start opening his pants without your permission. He will then ask you if you like what you see and hide the premise of his perversion in the form of foreplay. “What? I thought you’d like it!”

#2 The Pedophile. This person gets his kicks out of seducing children, minors or individuals who are significantly younger than them. They are susceptible to performing lewd and indecent acts to unwilling victims. Sometimes, they manipulate their targets into thinking it was their idea in the first place.

On a date: It’s difficult to know if your date is a pedophile or not. It is best if you trust your instincts or derive your own conclusion from his apartment that is full of photos of young people in various states of undress. For the generic pervert, he may keep mentioning that he likes his women young or barely legal. It’s not a sign of insanity; however, it is a sign that his standards are up for debate.

#3 The Touchy-feely Guy. He has no definite understanding of personal space. At first you think he is being polite by holding on to you while you get in a car or touching your waist while you stand in line, but the truth is that he will use any excuse to come in contact with you.

On a date: Handholding and putting their arm around you is okay. What’s not okay is if you specifically tell your date that you don’t like being touched by a stranger and he still does it. He may be thinking that you are playing hard-to-get, but that is no excuse to push your limits. These types of guys also think that it’s okay to grab your butt or pull you close even if you’re not in the mood.

#4 The Talker. This guy is the one who immediately asks you about sex. He has no preamble and will get right down to the dirty talk even if you’re not interested. They are the same guys who cat-call girls on the street and make rude remarks to anyone they deem attractive. They will happily throw around words like “suck, dick, cock, blow, ass” around just to make a girl feel uncomfortable and vulnerable.

On a date: When a guy thinks he can seduce you with dirty words over coffee, he may be a pervert. It’s okay to talk about sex when both people are comfortable with it, but always putting it on the table even when it’s not called for is a sign of bigger problems. Not only are his intentions obvious, he is also making you feel awkward and embarrassed which can border on harassment.

#5 The Rapist. These people are one of the lowest individuals on the planet. They use their power over weak people to dominate them sexually. What they do causes irreversible damage and trauma to the victims and a lot of offenders usually get away with it. It’s a crime that is showing no signs of dispersing and a lot of men and women fall victim to it.

On a date: You should always watch out for a guy who constantly makes a move on you even if you turn him down. These guys think that you are just being coy and may even delude themselves into thinking that you want to be seduced aggressively. The signs are obvious when they still push themselves physically on you even if you say no. An actual rape incident may not occur, but forcing themselves on you is still a crime.

#6 The Booty Caller. Although many women are open to the concept of “friends with benefits,” there are those who do not like it when a guy they thought was nice suddenly asks them for sex in the middle of the night. The worst part is if they constantly repeat the same thing even when you reject them.

On a date: If you clearly state that you are not dating a guy for sex alone, they should respect your boundaries. Even if you haven’t mentioned it, they should not proposition you just to get it out of the way. This offends women and can make them feel attacked as well. If a guy won’t quit and still harasses you about being his booty call, block their number and try to avoid them at all costs.

#7 The S&M Guy. Although bondage is an acceptable form of sexual activity, some people do not understand the concept of consensual sex. A person who uses S&M as a means to dominate an unwilling person is a form or harassment. Many professionals and S&M connoisseurs will attest that a person must be mentally and physically prepared before engaging in any extreme sexual activity.

On a date: Engaging in any risky activities like bondage in the bedroom is something that should be discussed thoroughly by two consenting adults. If your partner takes things into his own hands and attempts to put handcuffs on you without asking, get out of there fast! It’s not the activity that should alarm you. It’s the fact that they did not consider your feelings and opinion in the matter before taking away your freedom.

#8 The PDA Specialist. Much like a flasher, a person who is too excited about showing public displays of affection is more interested in the people looking at you. It’s okay to show your love and affection for one another in public. No one should judge you. But if you are not open to it and think that what you’re doing is bordering on sexual activity, put a stop to it.

On a date: Making out is fun. Making out in public is fun sometimes, too. Performing inappropriate acts in public like fondling, humping, grabbing and necking is another thing altogether. If your date insists on getting hot and heavy where people can see you, consider how other people may feel when they see you being groped in public. If your partner can’t understand that your passionate kisses should be reserved indoors, you should probably question why he wants to do it in public in the first place.

#9 The Peeping Tom. This guy is a creep in a sense that he doesn’t need to touch you or even talk to you to be considered a pervert. All he has to do is stare at you with a maniacal look in his eye. He can even make an effort to look into your home and watch you undress or go to your gym and slip into the locker room. All he wants to do is look and maybe jack off to what he sees, but that doesn’t make it right on any level.

On a date: This guy can’t stop staring at your breasts even if it’s covered in three layers of clothing. He will appreciate your body by lewdly looking at it without considering your feelings. He may defend himself by saying that he is only appreciative of what you have, but your discomfort should at least put him off. If you make your discomfort plain, and he still goes on ogling you, then you should probably call it a night and tell him to buzz off. 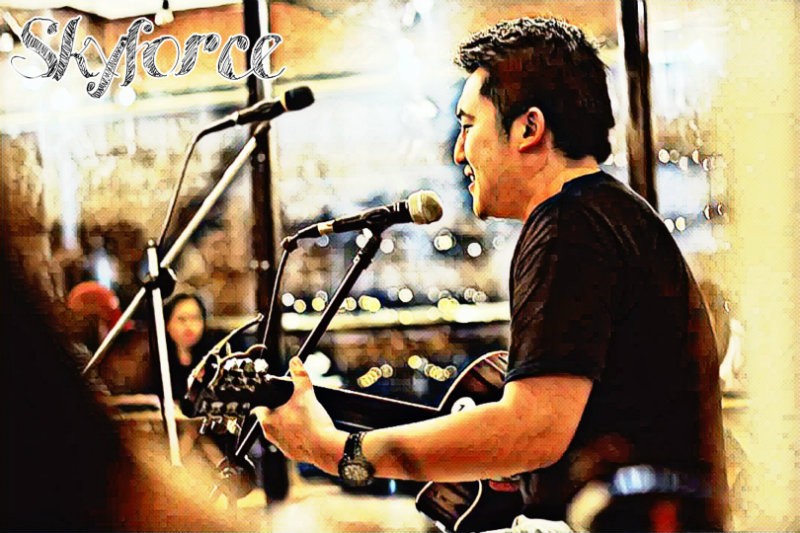