Remember the guy who proposed a coffee date with Kapamilya actress Erich Gonzales via billboard? He is now in the hot seat and facing multiple accusations from people he dealt with in the past.

Netizens had mixed reactions about the profession of CEO, Xian Gaza. Some commented it's sweet, others said it was preposterous  and most said it was creepy.

Fame comes with controversies . He is now in the hot seat and facing multiple accusations from people he dealt with in the past.

According to a twitter post by Dewanie Catapang from Davao City, he dealt with Xian Gaza for a business project in the past. On her twitter post, she exposed their transactions and her bad experience with Xian. 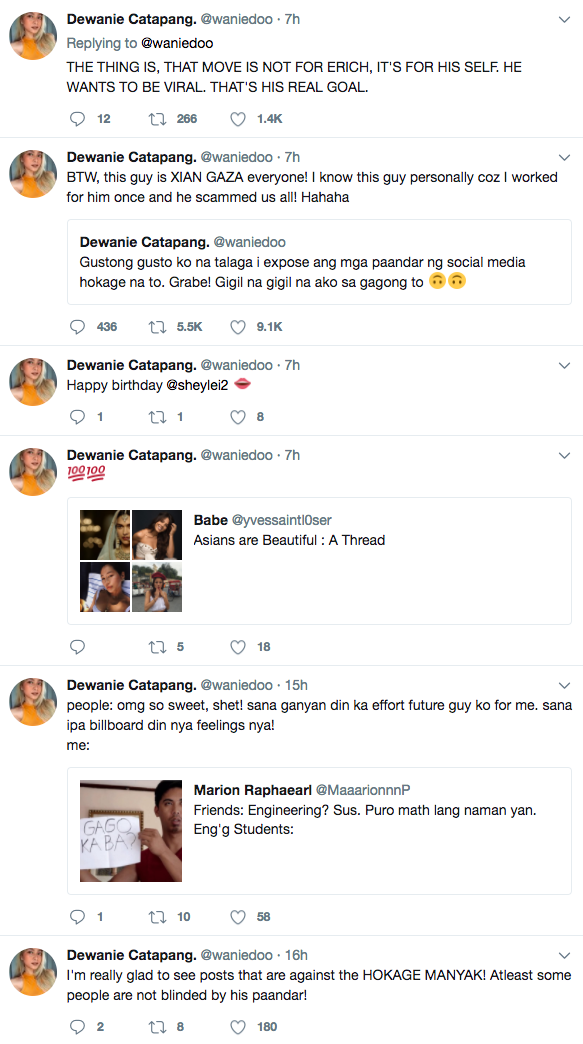 A Doha, Qatar based businessman, Ryan Salcedo Tañada, also shared his horror story with Xian Gaza. On his personal Facebook post, he shared some screenshots of their coversations in the past.

Here's the truth about XIAN GAZA, the guy who's trending because of his billboard for Erich and a lot of his bragging shits that he did and honestly I've just let it slide and let his shenanigans (despite people pushing me to enlighten people who Xian Gaza really is) as I don’t want to be associated with him nor be perceived by the public to be “papansin” (yes netizens judge that easily!). Anyway, I was really triggered when I saw people I personally know including my younger cousin sharing his pictures and posts with captions that he’s sort of their life goal etc., I’m sorry but I can’t bear it anymore as I’m totally disgusted.
I met Xian Gaza thru Filipino Vines last year as I’m planning to produce an event with them locally and internationally. He’s the one who I coordinated (as that time he’s still part of it but he’s not affiliated with Filipino Vineswhatsoever anymore please ask Walter de Vera for more clarifications) regarding events. To make the story short, even if I already know that there’s something fishy about him, I still gave him the money for the talent fee/s that he said he’ll give to the artist/s (yes how stupid of me! but that’s how I make business I trust wholeheartedly but if you’ll fuck me up then I’ll make you pay BIG time!) just ask Ella Cruz' mom regarding the whole story of their supposedly TF that they never received. Then he even had the nerve to offer me fishy investment schemes that he used to a lot of his victims (shout out to Jocelyn Reyes Youn, Jesica Zurc etc. haha), he’s also going to show you pictures with some celebrities (he used his picture with Liza Soberano and Ogie Diaz to me because he knows that I’m planning to produce an event with Liza in the future). Anyway, infairness with him, he payed up his debts with me (took him a lot of months to gather the money! CEO?) because he found out that I’m not the person to mess up with!
Honestly, after him paying his debts I played it nice with him and just let his circus in social media but with everything that's coming out, I think it's my due responsibility to warn the public as a lot of people are perceiving a wrong person to be their inspiration/goal (specially to the younger ones!) and it is disrespectful to the real successful people who actually worked their asses off as it undercuts their success. Most importantly, I don’t want him to have more victims. I found out that there are a lot of people who can’t fight for themselves that didn’t got their money back unlike me.
Christian or Xian or whatever you call yourself now, I’m not criticizing you for your styles on how to get girls because I myself did a lot of crazy stuff for the woman I love but let’s be honest, we know that you’re not only doing this for Erich but also to show people that you’re rich and successful to attract more people to be your victim. It's not wrong to dream big and to want the best things in life as long as you'll work for it in an honest way and wala kang nilolokong tao. Man, just stop this shit once and for all as more victims of yours are coming out. As you said, you have a son so don’t ruin his future with what you’re doing. You might end somewhere.

Here's the truth about XIAN GAZA, the guy who's trending because of his billboard for Erich and a lot of his bragging... 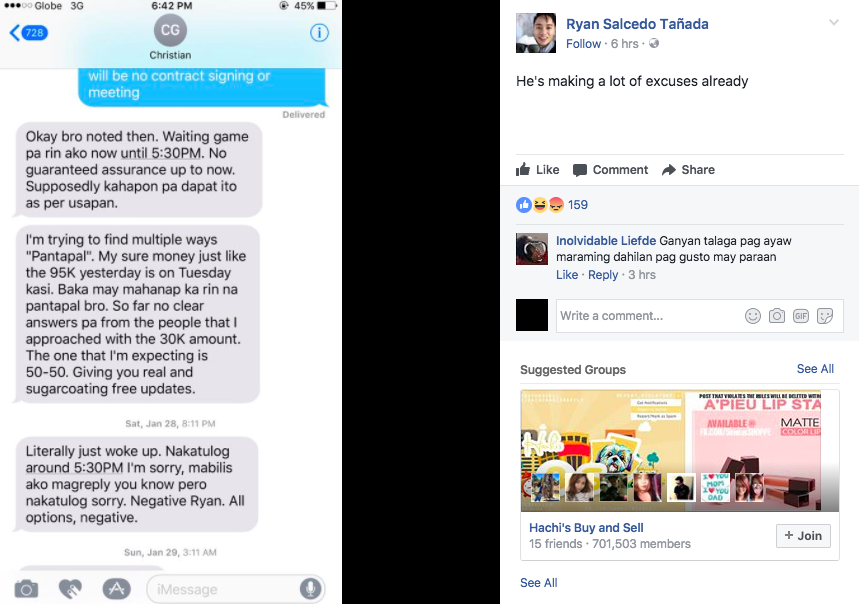 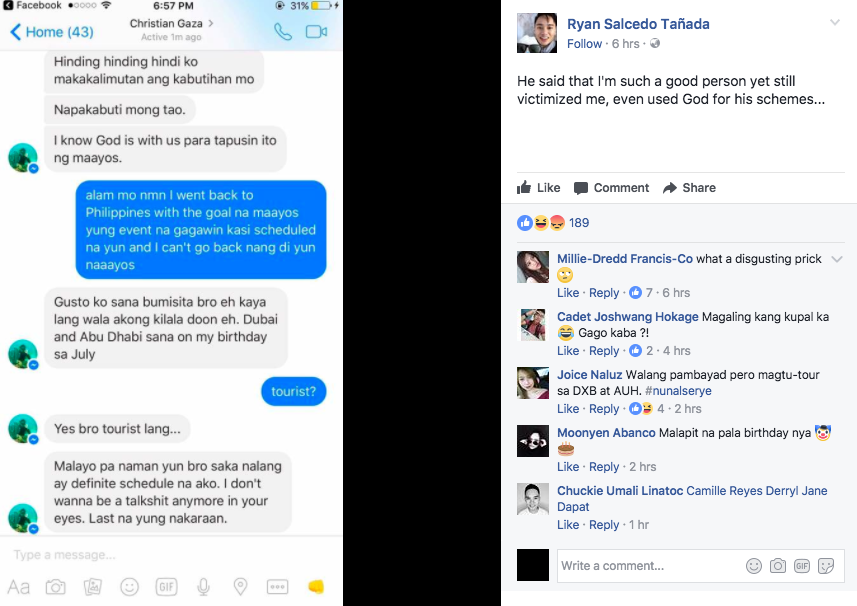 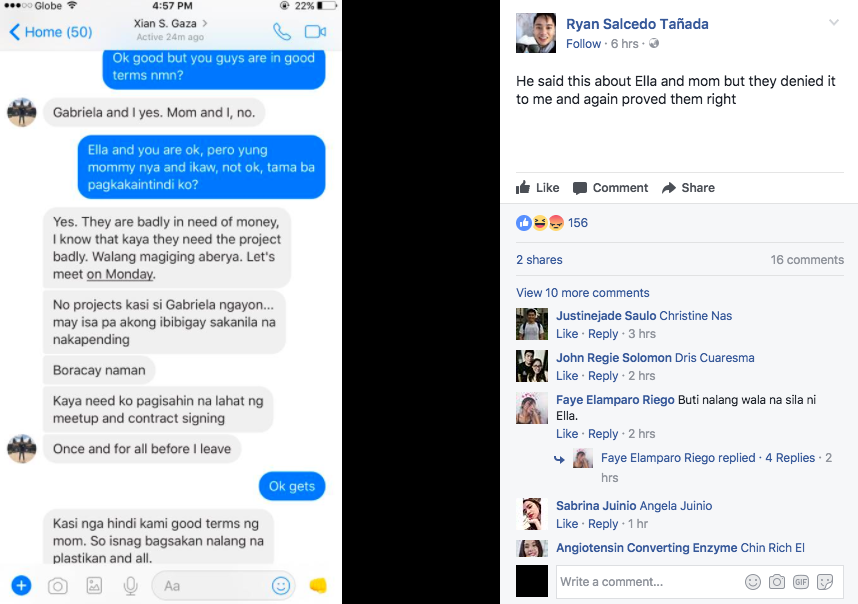 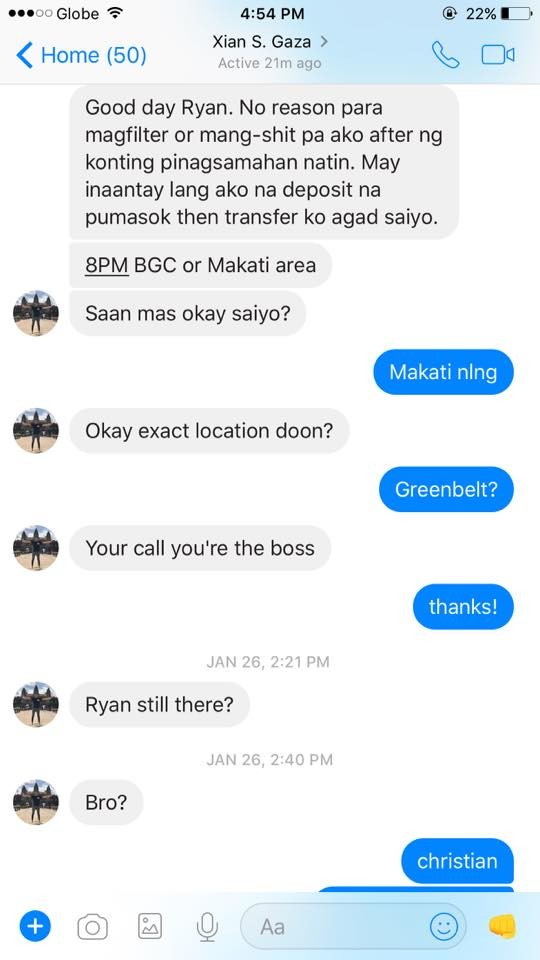 On the other hand, the parents of actress Ella Cruz also broke their silence. On Jesic Cruz' (Ella's Mom) personal Facebook account, she posted a status about Xian Gaza being a scammer. 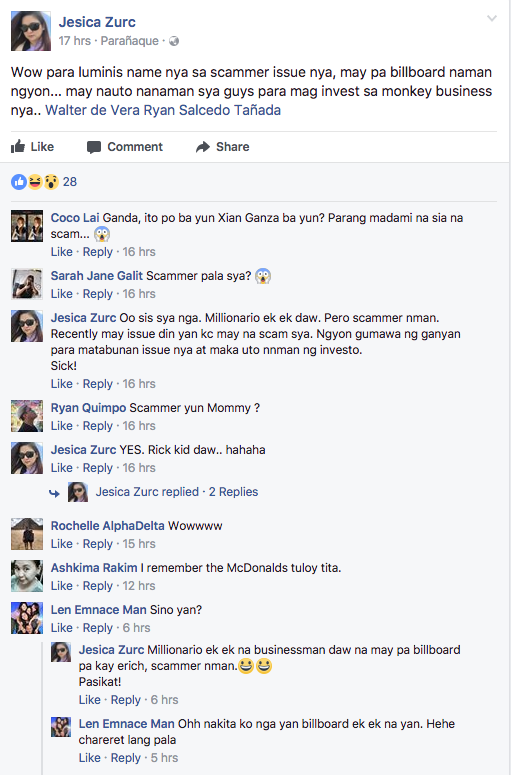 On the other hand, Thristan Cruz (Ella's Dad) posted some pictures of his transaction with Xian Gaza.

Talent Manager, Ogie Diaz clarified his relationship with Xian Gaza on his personal Facebook account. Ogie said they were business partners before but he already pulled out his shares.

His relationship and closeness with other mentioned stars are not confirmed as of writing.

Pinoy Secret Files welcomes the side of Xian Gaza and explain his side of the story. 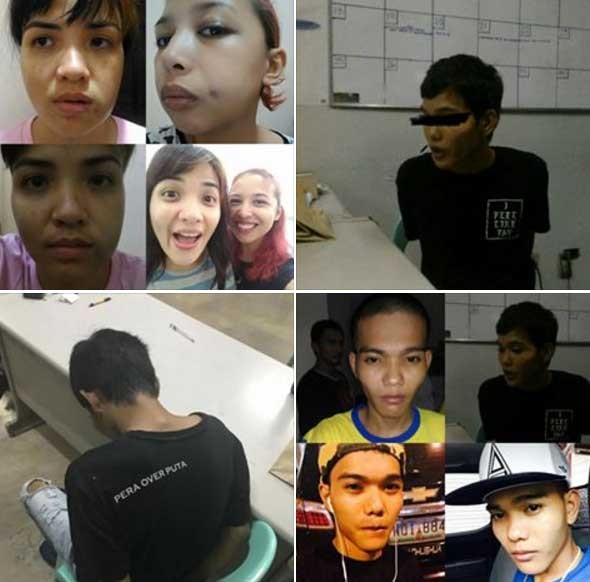 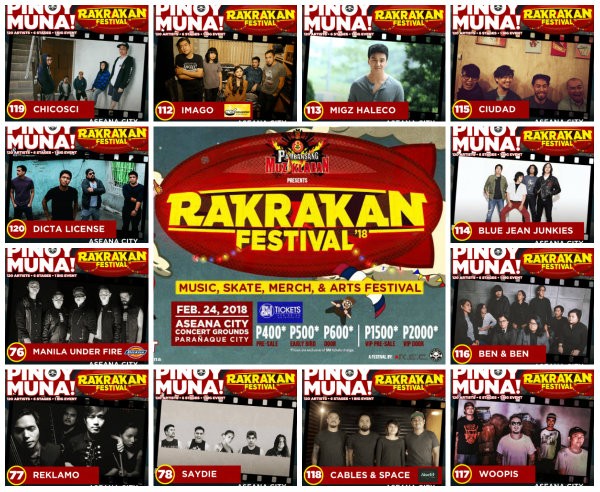 It all started with a Tweet, guy gets FREE Pizza for a year