Were you able to pass by vehicles with bright high beams that nearly blind you while driving on the road? China has a solution to these pesky drivers. 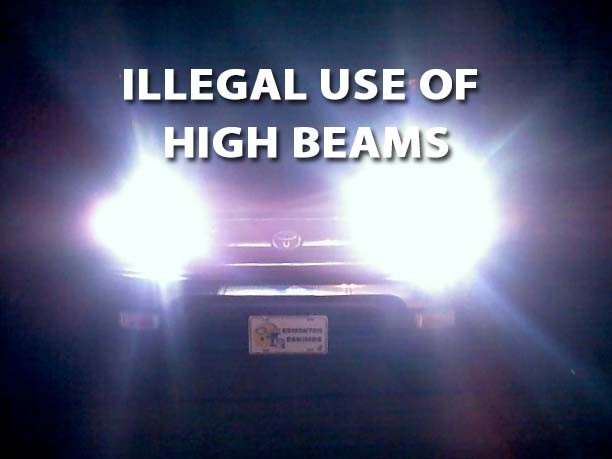 In Shenzhen, China, police have found a way to punish drivers using high beams by letting them stare at those lights for a whole minute. Added to that, they will also be fined with 300 yuan which is equivalent to 2,000 pesos.

While the said punishment had reached social media, netizens commented that they should have given 5-minutes straight of staring at those lights in order to teach them a lesson.

These days, a lot of vehicles which such beams are visible on the road. Not that they just blind incoming vehicles, they could cause accidents as well. With that, do you think that the authorities should implement such punishment to drivers with illegal high beams?

The very first victim who got to taste the punishment by staring at his car's bright high beam for a minute.