Have you ever been frustrated with a brand/company that has poor customer service that you just want to smash their products? This guy have the guts to just do it but later was arrested by the authorities. 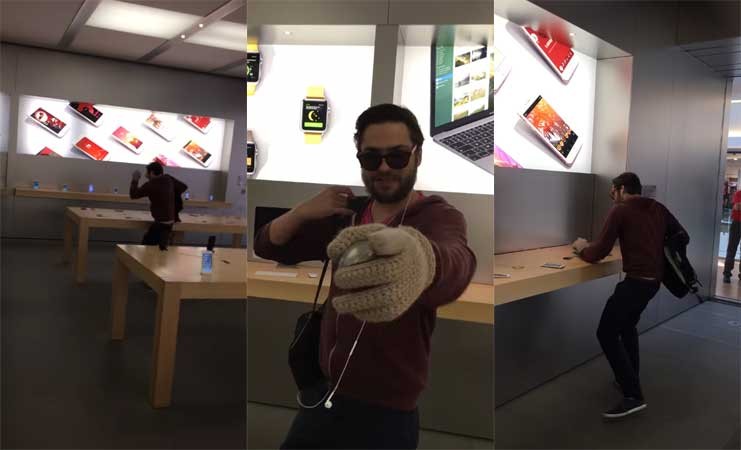 A French guy, armed with a steel ball, went to an Apple store in Dijon and suddenly smashed iPhones, iPads and even Macbook Pros. Shouting his frustration with Apple's service, he then shouted "Apple is a company that 'violated' European consumers' rights. They refused to reimburse me, I told them: 'Give me my money back'. They said no. So you know what's happening? This is happening!"