Watch: Dancing Man Bullied, Now Gets A Dance Of A Lifetime

The "Dancing Man", who was bullied because he was just dancing is now making rounds on the internet. Sean, his real name, is the latest tale of cyberbullying to go viral.

4chan, simple image-based bulletin board where anyone can post comments and share images anonymously, is where the viral photo was spotted. The photo with a caption "Spotted this specimen trying to dance the other week. He stopped when he saw us laughing" opened the hearts of people who thinks this man deserved not to be bullied as he was just trying to dance freely.

After the post received attention, Twitter user Cassandra Fairbanks took up the cause on the social media platform to find the man in the post containing hash tags #dancingman #findDancingMan #dancingmanfound.

Anyone know this man or who posted this? There's a huge group of ladies in LA who would like to do something special pic.twitter.com/DGbu3AXOrB

Just woke up to be greeted with so many more kind words. Big thanks again and am sure the charity will appreciate it as well. Thanks again

With more than $30,000 raised for a campaign to fund "the dance party of a lifetime", the party will benefit an anti-bullying campaign which received support form celebrities including Pharrel and Elle Goulding. The Los Angeles Coliseum even volunteered to host for free. The same warm sentiment was offered by Moby - real named Richard Melville Hall - who offered his DJ services for free.

Hey @CassandraRules keep me posted about your dance party! @Dancingmanfound, never be ashamed of yourself. You are both truly #OTHER????

I want to dance with #dancingman and play at the party.

Major positive props to @Dancingmanfound for showing people how to let go! Hope to see you and @Pharrell and @thelittleidiot at the party. 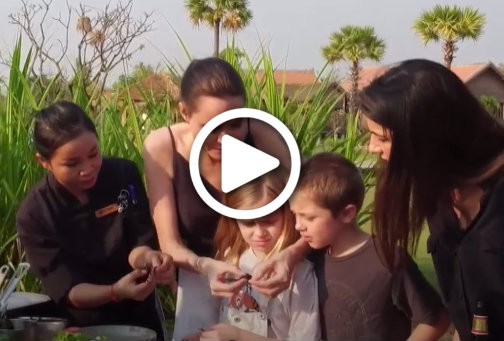