Japan is well known not just because of their culture but of their infrastructure as well. One of the most highly advance and most expensive country in the world, Japan indeed proved that it is worth its crown. 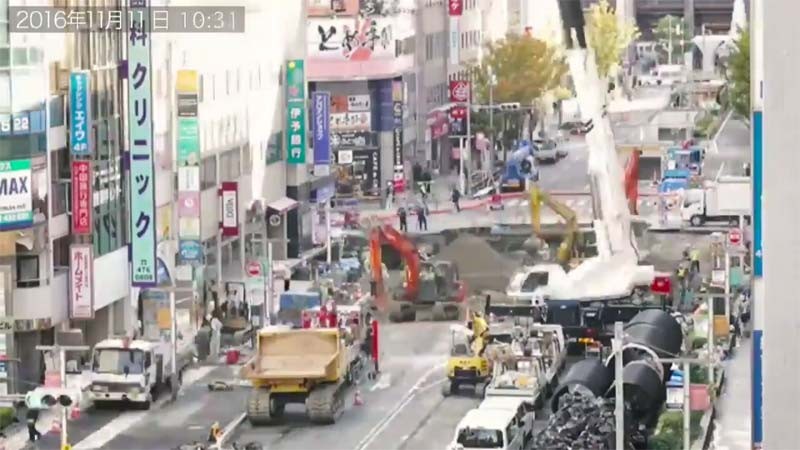 In Fukuoka, Japan, a sinkhole appeared right in the middle of the street which caused massive damage and delays in transportation due to re-routing. Because of that, the government closed the main roads leading to the sinkhole and re-routed vehicles passing by.

Sinkholes are not new in Japan and they experience such events a lot. With its scale and damage, it would normally take months for it to be repaired. Since Japan is Japan, they were able to fix it out in just two (2) days and opened the road to the public a week after the incident!

Building an effing footbridge here in the Philippines takes six (6) months and even more! Imagine, just a footbridge for six months? What more if a sinkhole such as this appeared in the middle of the main road, EDSA for example.

Well again, Japan is Japan. They are known for their hard work, patience, perseverance and truthfulness. What's surprising is that they even apologized for the "delay" in their work. So a 2-5 day work of repairing a massive sinkhole is already considered "delayed" for them? What more in the Philippines?

Thailand's First Miss Universe still looks in her 20s after...