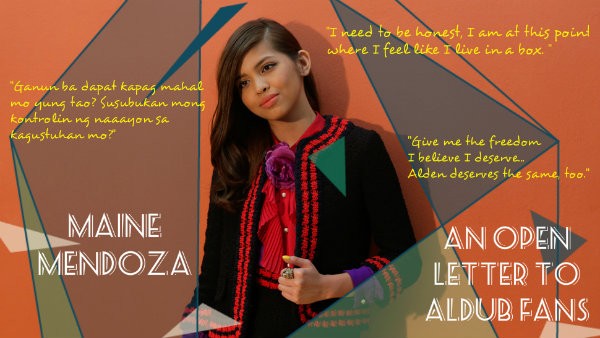 On her blog, Maine Mendoza wroter about her recent feelings and wish to ALDUB Fans. Read the whole letter here.

[WATCH] : God Gave Me You (a.k.a Aldub's Theme Song) Singer's Message To His Filipino Fans