Does your car comes with stock or custom LED headlights? Then you might want to read this as the LTO warns car owners against modifications.

MANILA, Philippines - What is the cause of road accidents and road rage? Watch how recklessly this truck driver drives while a Toyota Revo tries to prevent him from overtaking! 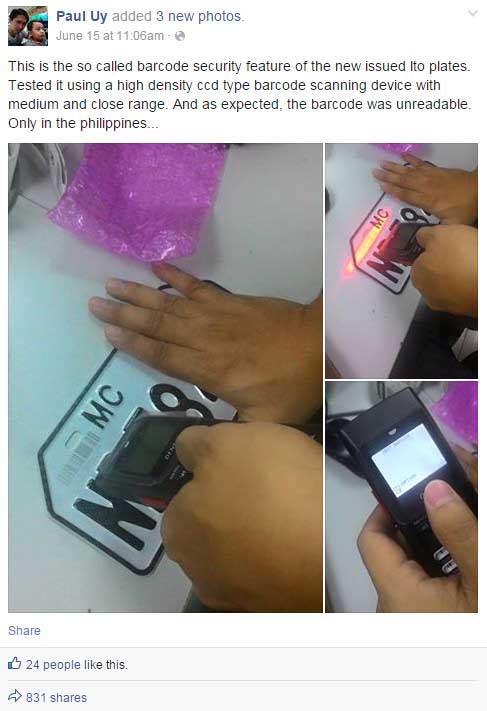 MANILA, Philippines - So the Land Transportation Office (LTO) proudly presents their new LTO license plates packed with features only they could know. Since all cars are required to change their old license plates to these new ones, a concerned citizen made a test himself to know whether or not these "features" are really worth it.

Manila, Philippines - So we are sick and tired of hearing taxi operators complaining that Uber, Grab Taxi and other similar services are "colorum". As a rider, here's an open letter for you taxi operators who just keep on complaining without doing your job well.

MANILA, Philippines - Remember DOTC and LTO's 7-day rule regarding license plates and that they have the capability to process them? Now, they are holding it back. So if you are apprehended for such, know your rights.

MANILA, Philippines - This coming April 1, the Department of Transportation and Communications (DOTC) and the Land Transportation Office (LTO) will strictly enforce the "No Registration-No Travel Policy" for all motor vehicles. This means that all vechiles must be registered or atleast be in the 7-day registration period.