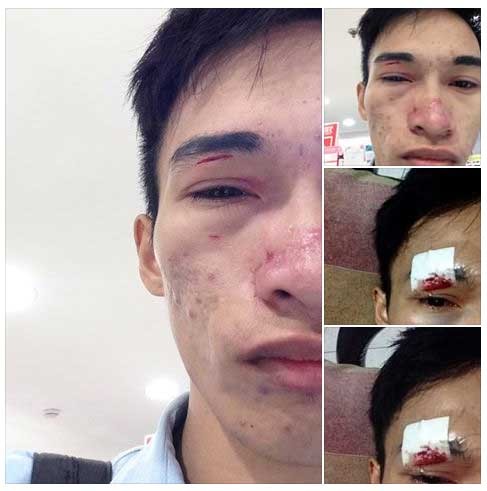 Be careful when buying fish in the market as a new modus of merchants selling fish found a new way to trick you.

MANILA, Philippines - And yet another modus happened at the NAIA terminal wherein baggages are said to be mysteriously opened.

WATCH: Taxi Driver Refuse To Give Change Of Passenger Caught On Camera

MANILA, Philippines - And here we go again. Another taxi caught on act disregarding the taxi meter, asked for a fixed price instead and even do not want to give the passenger's change.

MANILA, Philippines - It seems that not only NAIA staff are being criticized over numerous modus happening at the Ninoy Aquino International Airport. In this Facebook post, a netizen shared his experience wherein an alleged cashier tries to fool customers by not giving them their correct change.

WATCH: Siksik Kiki Modus, How Is It Being Executed?

MANILA, Philippines - We've seen a lot of modus happening already and this is somewhat new. Just look at how fast her hands are. Good thing the store has a CCTV installed to capture this crook.

Palit Padlock, A New Modus At The NAIA Terminal 3

MANILA, Philippines - With the tanim bala still in hot waters and not yet being resolved, another modus arises at the NAIA Terminal 3.

This Is How Davao Responds To The Laglag Bala Modus

DAVAO, Philippines - This is how Davao City is responding to the laglag bala modus. Why can't the Ninoy International Airport do the same? A facebook user shared this photos on how the local government are serious in fighthing the crime.